One evening, myself and two friends went out for a few drinks and a catch-up… 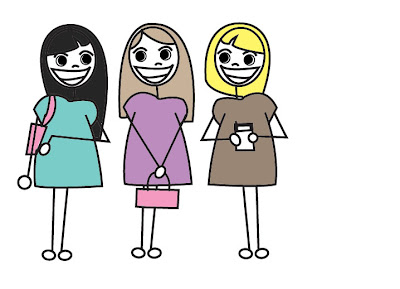 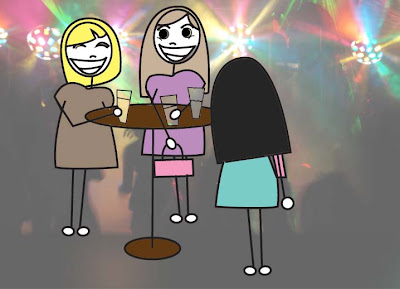 As we were leaving, I was chatting with the one friend while our very brave other friend ran down the stairs ahead of us.
She explained, with her gestures and body language  movements, that she was going to slide down the stair rail. We didn’t have enough time to stop her and so she carried on with her little mission – she was pro at this type of things, we weren’t too worried. 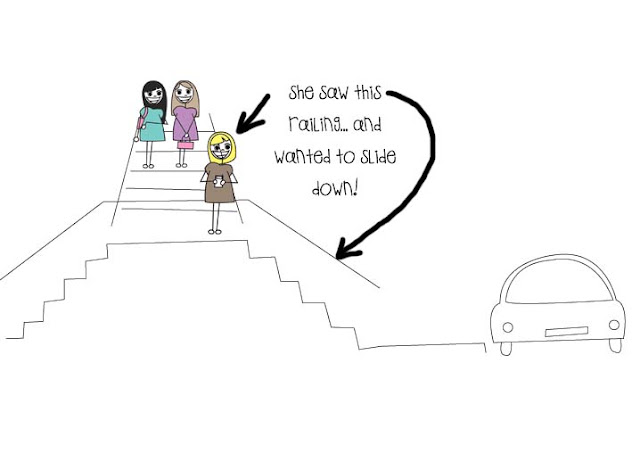 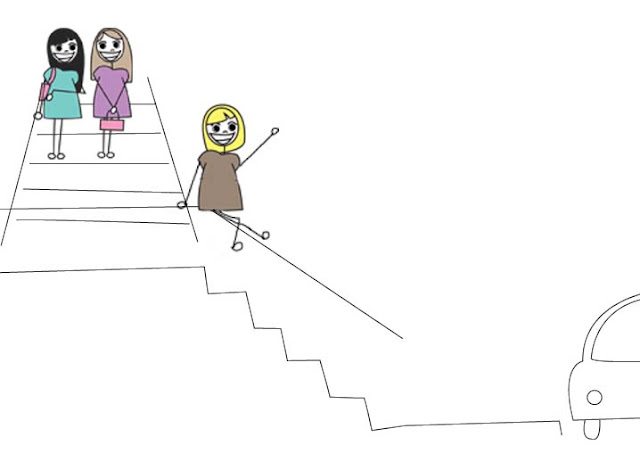 At this point, I don’t think she had thought the plan out very well, or rather, estimated the length of the rail to the angle and after a slight miscalculation, she picked up speed at a VERY quickly. 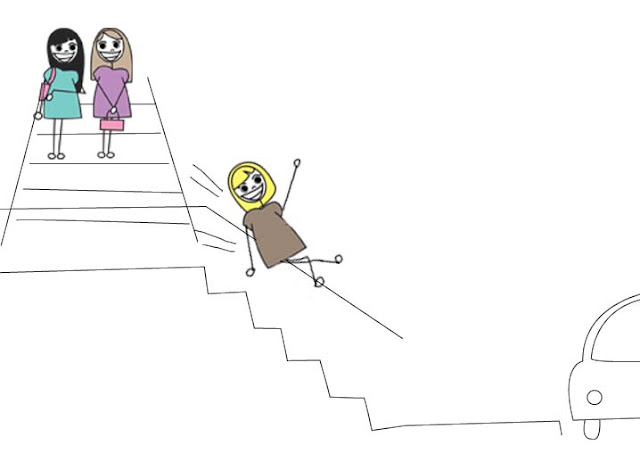 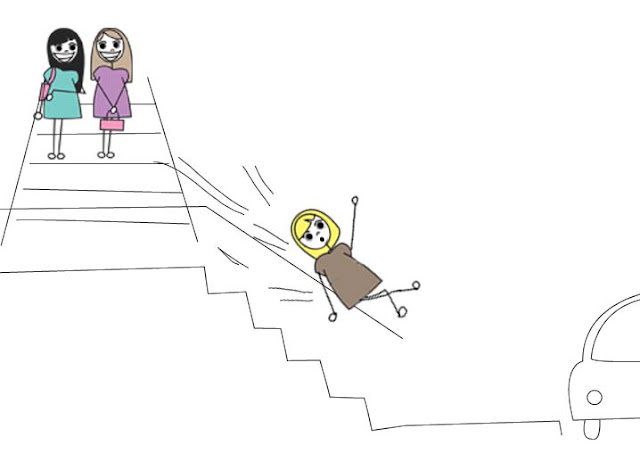 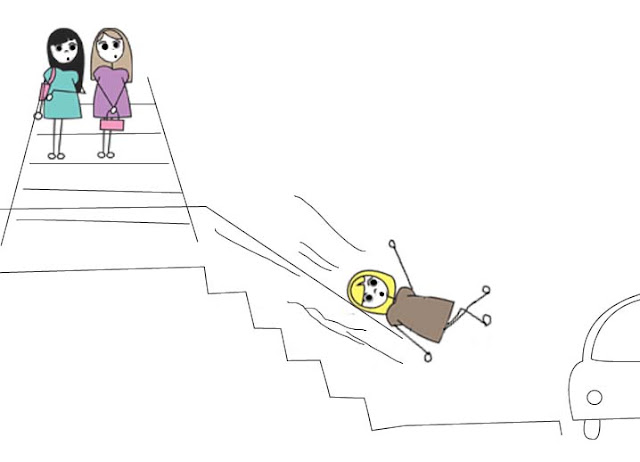 She hit the end of the rail, was air-born and flew straight into the car that was parked downstairs.
Luckily there were no dents or scratches on the car, but my daredevil friend had a very bruised knee and gangsta limp. 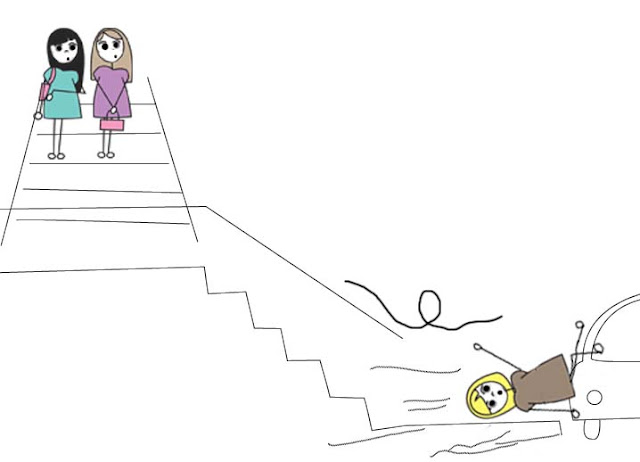 As we laughed and sympathized with her, a bunch of good-looking guys who had witnessed the whole thing, walked past.
Good Looking Guy:

WOAW! Is your friend ok??

And after that, we disappeared into the car and made a quick getaway.
Flying Friend was last modified: February 12th, 2018 by This Jones
2 comments
0
Facebook Twitter Google + Pinterest

Our bicycles as children

ouch! he he he… you perfectly illustrate the scenario…. luv it! =D