The South African term for a hangover is “BABALAS” (pronounced BA- BA- LAS).

I was 18 years old when I suffered my first babalas. Judging by the untidy handwriting, millions of corrections and headline All I can say is WOW on my draft, then it must have had one massive babalas.
My first reaction the next day was anger. I was so angry at myself for being stupid, not controlling the amount of alcohol I consumed and thought I had done THE WORST thing EVER. Back then I kept telling myself:

I will never drink too much in one night

… but that night, somewhere along the line, there was a change. I never realized what the end result of drinking more than 3 drinks was going to be.
This is how tequila and I apparently met the first time: 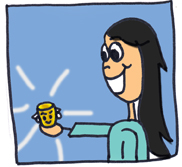 Oh hi Tequila, my name is Claudia, its so nice to meet, have heard lots about you… 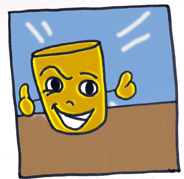 Hi Claudia, yes everyone knows me… I have fun with everyone!

Cool, I like friendly… I’m sure we’ll get along just fine. 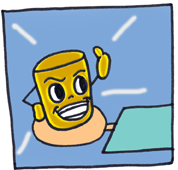 I’m sure we will.
Make sure to pop around every hour or so…

There I was, all naïve and absolutely clueless about what was going to happen next. I mean please, what type of people get drunk?? PFFF…
As the night went on I kept close to good old faithful Cider who I had met a few times before. We always had a good time together – in moderation of course. Never had arguments. We were just the perfect match. 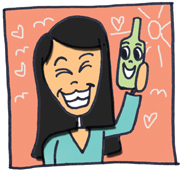 As the night grew older, so did my liver. Every time Tequila showed face, I slowly started hating its company. The more it came around, the more bitter its presence became. 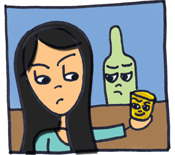 Next thing I knew I was introduced to Public Club Toilet.
Let’s just call it PCT for short. Now PCT had many interesting stories by the looks things. PCT was tattooed on the outside and seemed as though PCT only cleaned every three days. PCT was stinky and more of the strong and silent type – unless you pressed its buttons. 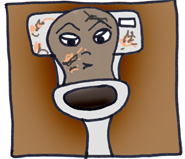 While I was meeting PCT for the first time… 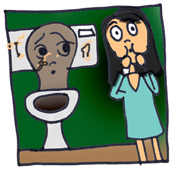 Tequila rudely interrupted and decided to make an announcement… 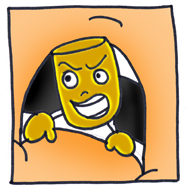 Tequila literally just came out of nowhere, with no warning. Tequila had decided that tonight it was Tequila’s turn for the limelight. The conversation that took place was fortunately between the three of us, so I didn’t need to feel too embarrassed. 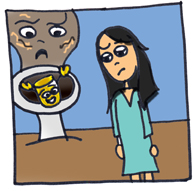 Tequila took over the conversation and left me, mouth dry. People say they heard the conversation, but I still deny that we ever met that night – not like that anyway.
BABALAS was last modified: February 13th, 2018 by This Jones
0 comment
0
Facebook Twitter Google + Pinterest